Inspired By Everything You See

I settled down to watch a live football match for the first time in quite a while. BBC Sport had selected Kidderminster Harriers vs West Ham United to be one of their televised FA Cup 4th Round games. David versus Goliath, non-league versus Premier League, with six tiers and 113 places separating them. Surely there could be only one winner.

Aggborough, the home of the Harriers, was bouncing. And the staff, players, and fans had not read the script. They knew it was their time to shine and played with a relaxed attitude that belied the supposed gulf in class. For the home team, it was a win-win situation. If they won, it would have gone down in history as the greatest FA Cup giant-killing of all time, and if they lost, they were playing a team from the Premier League.

Kidderminster even had the audacity score first, taking a well-deserved lead after 19 minutes, and visibly shocked the visiting Hammers staff, players, and fans. Ultimately, the record books will show West Ham won the game after injury-time goals at the end of both normal and extra time. It won’t reflect the passion, effort, and drive that Kidderminster Harriers showed throughout 120 minutes of football. And I, like many, was gutted for everyone involved with the club at the end of the match.

Writing this blog twenty-four hours after the final whistle has given me time to reflect on what I learned from the game. And how I can apply this to the business world. Inspiration can manifest from any situation, including the world of sport. As leaders, we should embrace finding fresh ideas from unusual sources.

Here are my top 3 takeaways;

The influence of personal connection

Watching the match as a neutral, I found myself kicking, heading, and blocking every ball with the Harriers players. Their opening goal was cheered, and choice words were uttered when they conceded. But why when they aren’t my team?

It was the personal connections. The community spirit that has enveloped the club and the town of Kidderminster is clear to see. With multi-generational families supporting the team for years, joining with club staff, and residents just enjoying the moment. And I wanted to be part of it, even though I'm 12 miles down the road.

The culture at this club is one that most businesses would crave.

Declan Rice is West Ham’s inspirational captain, an England regular, and the scorer of their injury-time equaliser. Very much the right person, in the right place, at the right time. He saved their FA Cup run, having come on as a substitute at halftime. The management team had realised at one-nil down things needed to change. The performance was flat, they needed more drive, so they replaced several players to provide more impetus.

In business, you don’t have the luxury of a substitute bench. Where you can swap out colleagues if they are having a bad day. But, you can make sure you have the right people, in the right place, doing the right things. By having regular discussions about personal development, engagement, and wellbeing, you can make sure your team are firing as close to all cylinders as possible for more of the time. Creating a culture where you match skills, passion, and desire to learn to every role in the organisation.

Remember, you can’t fit a square peg in a round hole.

Enter every situation with a sense of realism

I mentioned earlier how relaxed the Kidderminster players looked. Comfortable on the ball, organised in defence, and played with a smile on their face. This group had never faced this level of opposition before, been under the scrutiny of the national media, or got this far into the FA Cup. Most teams would have buckled before a ball was kicked, but not the Harriers. They followed a long line of underdogs, who shocked more experienced opponents.

During the pre-match coverage, Kidderminster manager Russ Penn was realistic about his team's chance of winning. He cited the quality and strength in depth that the West Ham squad possessed. They were entering the game knowing that there was a strong possibility they would lose, so what was the worst that could happen if they played their normal game. And that is what they did, and it paid off!

Businesses are often risk-averse, but by adopting a sense of realism about opportunities, and applying a ‘what’s the worst that can happen’ attitude, you will find success more regularly.

Creating a culture, where people are truly at the forefront and are allowed the autonomy to make mistakes is not easy.

At Fuelled Fit and Fired Up, our purpose is simple. We want to help you develop a healthy, successful, and sustainable business that has a culture of community at its heart. If that resonates with you then why don’t you contact us at [email protected] and see how we can help unleash the power in your business? 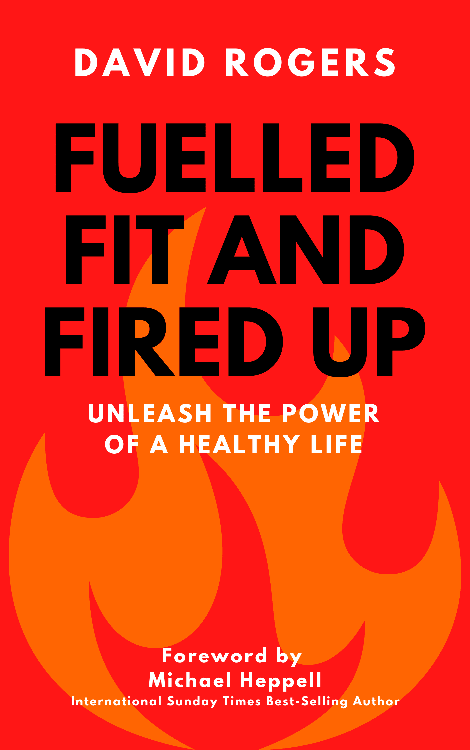